Fire At Industrial Estate In Newton-Le-Willows

Firefighters are currently in attendance at a fire on Sankey Valley Industrial Estate in Newton-le-Willows, St Helens.

Crews were alerted at 11.08am and on scene at 11.15am. Four fire engines are currently in attendance.

A large volume of smoke is being produced by the fire. Nearby businesses and residents should keep windows and doors closed. Anyone with existing medical conditions should keep medicine nearby and call NHS 111 if ill effects occur.

Six fire engines are now in attendance, as well as the high volume pump.

Merseyside Police are also in attendance.

Please avoid the area and continue to follow previous advice of keeping windows and doors closed.

The fire has been sectorised. Firefighters are using two main branches, a compressed air foam branch and a high pressure hose reel jet.

15 fire engines remain in attendance. The combined platform ladder has been requested to attend to assist with firefighting operations.

We are working with Merseyside Police to evacuate a nearby caravan site. There have been no reports of any casualties.

This has now been declared a major incident. 20 fire engines are now in attendance, as well as the combined platform ladder, high volume pump and incident command unit.

Road closures are in place around the area. Please avoid the area and keep windows and doors closed.

Firefighting continues. A second combined platform ladder has been requested to assist with firefighting operations. The fire involves a large quantity of plastic crates and a brick building approximately 50m x 30m.

Please continue to follow previous advice to keep windows and doors closed. Anyone with existing medical conditions should keep medicines nearby and call NHS 111 if ill effects occur.

Latest information shows that the smoke plume is blowing straight up and dissipating, however we would advise those living and working nearby to keep windows and doors closed.

Firefighting continues. Two water bousers supplied by United Utilities are being used to assist in firefighting.

The smoke plume is now going straight up and dissipating, however as the fire reduces it may drop lower, probably during the night. We would still advise those living and working nearby to keep their windows and doors closed for the time being.

Firefighting continues at the scene.

ACFO Dave Mottram, Incident Commander on scene, said: "We were called to Sankey Valley Industrial Estate at around 11am on Wednesday 20th May. On arrival, it soon became clear that this would be a challenging incident. Due to the enormity of resources required - 20 fire engines, two aerial appliances and two high volume pumps - this was declared a major incident at around lunchtime. I would like to thank our neighbouring fire & rescue services for their assistance during this incident.

"Firefighters have worked tirelessly to tackle this fire in what can only be described as extremely challenging heat conditions and I would like to thank them for their efforts. I would also like to thank our Fire Control operators who were inundated with more than 80 calls from concerned members of the public. At the height of the fire, the smoke could be seen across the north west. The latest information shows us that the smoke is now going straight up and dissipating, however as the fire reduces it may drop lower, probably during the night. We would still advise those living and working nearby to keep their windows and doors closed for the time being.

"As well as affecting a large quantity of plastic containers and a brick building on site, the fire also spread to a nearby caravan park, leading to the evacuation of those living there. We worked closely with our colleagues in Merseyside Police to ensure everyone was taken to safety and we are happy to report that no one was injured. We will continue to work with partner agencies to ensure those evacuated have somewhere to stay until they are able to return home. There will be transport disruption in the area, including to the rail network so the public should be aware that there is likely to be some disruption for some time. Motorists should avoid the area if possible.

"Firefighting continues and we will continue to have a presence for the remainder of the day and into the night. An investigation is being carried out into the cause of the fire but at this point we cannot advise of the cause. Local residents may have experienced problems with their water pressure but we are working closely with partners to ensure they retain water supply, thanks to them for their patience as we deal with this fire. We will continue to work closely with multi-agency partners throughout the remainder of this incident to end it quickly and minimise disruption."

Firefighting continues on site, with eight fire engines still in attendance, as well as one high volume pump, one combined platform ladder and the incident command unit.

Firefighting will continue throughout the night.

The smoke plume has reduced significantly but residents and businesses nearby should continue to keep windows and doors closed. Anyone with existing medical conditions should keep medicines close by and call NHS 111 if ill effects occur.

Road closures remain in place and are expected to remain so into the morning. Motorists should avoid the area wherever possible.

The incident is ongoing

The main fire has now been extinguished with crews now undertaking hot spotting and damping down operations.

A further multi agency meeting is to take place on Thursday morning.

Five fire engines remain on scene and are expected to do so throughout the night.

Firefighters have remained on scene overnight carrying out hot spotting and damping down operations.

The majority of the roads around the area have been reopened and businesses have been allowed access to their premises. However, the nearby Newton-le-Willows Recycling Centre remains closed. Members of the public should not attempt to travel to the site as they will not be able to gain access.

There are also disruption and changes to rail travel as a result of the incident. Please check before you travel and only travel if your journey is essential. 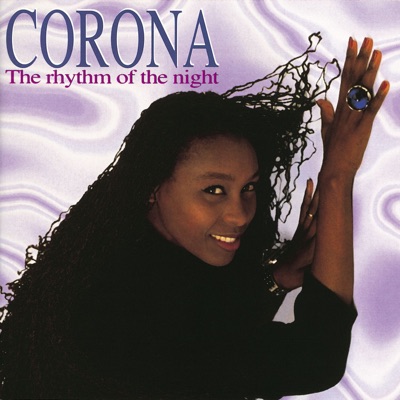